Information about setting up bush care groups in your area.
View items... 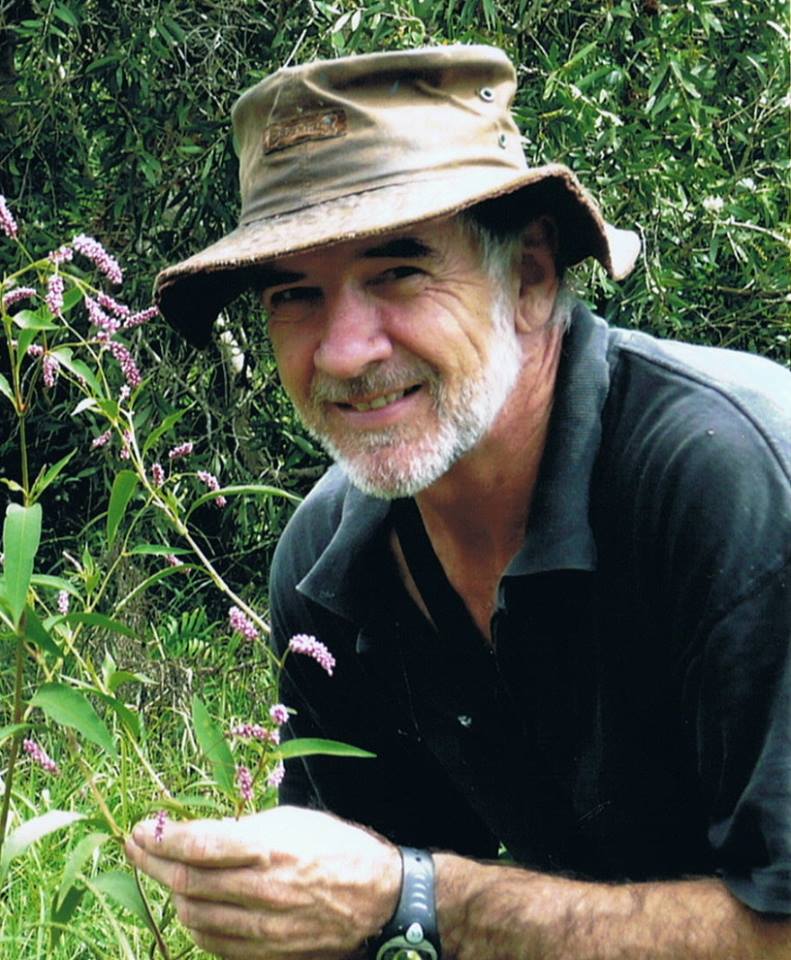 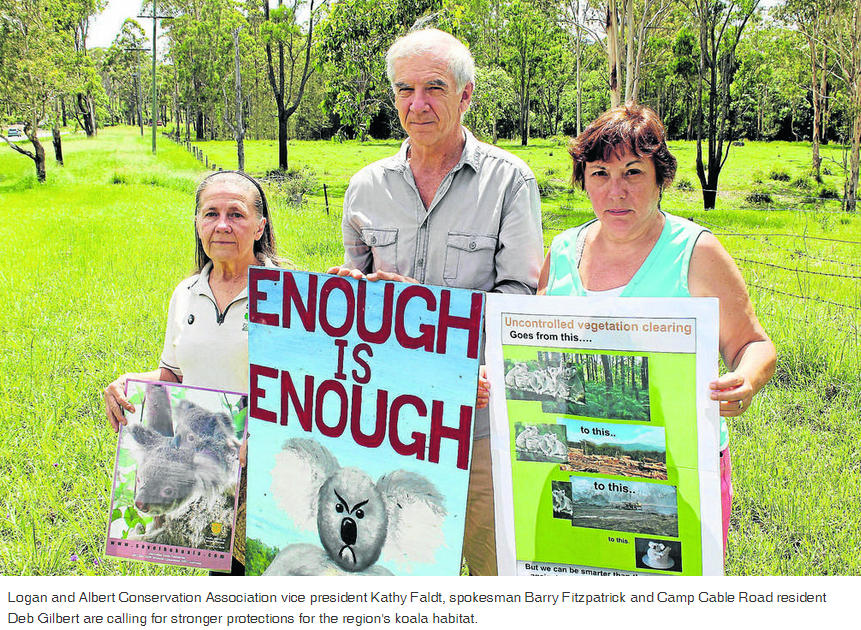 Call for greater focus on koalas

our voting choices will impact them. Edition for 14 January of Jimboomba Times covers State Elections 2015.

Click on title above to read article in paper.

LOGAN conservationists are calling for state election candidates to back greater protections for koala habitat in the region. Logan and Albert Conservation Association (LACA) spokesman Barry Fitzpatrick said koalas were seriously threatened by recent changes to vegetation management laws in Queensland."LACA is very concerned that the Newman government's rollback of vegetation management laws has seriously set back any effort to protect the koala," he said."

LACA seeks candidates' commitments to restoring vegetation management laws, at least to their former level, if koalas are to have any long term chance of survival in the Logan and Scenic Rim regions." Mr Fitzpatrick said he did not believe the offset provisions in the new laws would benefit koalas.

"LACA views the offsets as a facade policy designed to create the appearance of something being done," he said."

Rather than provide secure habitat for koalas it facilitates the rapid removal of essential habitat, with the vague promise of planting some trees elsewhere."

The Green Army and other crazy ideas

The Green Army and other crazy ideas

Recent surveys in Australia and the US have found majority support for action on climate change. Clearly, even in these last bastions of climate denial, there is growing acknowledgement that we are facing a frightening future which will demand the employment of the best contemporary knowledge to come up with the most creative solutions, if we are to maintain our quality of life into the future.

But not the Federal Coalition. It is the conservative way to look back to the golden days of the past (and the Tea Party) for policy inspiration, and when you've backed yourself into a corner on carbon pricing with nowhere else to go, why not cobble up a crazy story and try to make it sound believable?

So what better for the Coalition than to reinvent the conservative ideology of 'work for the dole', combine it with Howard's Greencorps, dress it up as carbon reduction, and create a Green Army of 15000 to be recruited from somewhere within the ranks of the unemployed, disenchanted, and confused?
The Green Army is tasked with planting 20 million trees by 2020, and this has become a major plank in the Coalition's 'Direct Action' policy - a title with a swaggering, cut the crap, General McArthurish appeal to those voters who, the Coalition hopes, won't think too much about it. Furthermore, 'Direct Action' echoes notions embodied in the Coalition's 'delivering frontline services' mantra - in this case, doing the carbon abatement 'here, in Australia, where we benefit directly from it'.

Well, no. The science is becoming far less certain around a second key plank in the Coalition's Direct Action policy - soil carbon's value for carbon sequestration – and economists almost universally condemn a third plank - the competitive grant scheme (effectively a carbon tax in disguise) where the government will buy reverse auction emissions reductions bids from businesses - because it will result in enormous administrative loads and ballooning taxpayer costs.
As a result, the Coalition is finding that its Direct Action solution for carbon reduction is looking shakier than ever (although would-be deputy prime minister Barnaby Joyce still can't see anything wrong with it because it sounds good and... should work anyway, whatever).

To avoid looking too silly the Coalition has quickly advanced the Green Army forward as the flagship solution, particularly for its neat opportunities to create warm fuzzy propaganda about winning community hearts and minds and boot-camping 'lazy' youth, but especially because it will provide endless ministerial photo ops around 'mission accomplished' tree planting events.

If we do try to assume for a moment that the Coalition in Government will be genuine about using the Green Army to help achieve their commitment to a 5% carbon emissions target by 2020, then the deployment of this 'army' will have to be at the very least on the 'shock and awe' scale.
However, military jargon has always specialised in turning gore into glory. This will not be a disciplined army but a loose collection of 'militia', shanghaied for the job of planting 20 million trees by 2020, with a care factor somewhere around zero. And, if the Green Army is genuinely intended to meet its targets, it is the size, scale and speed needed to achieve its objectives that will create ugly problems.
At 15000 strong, the 'Green Army' will be larger than most state police forces, over half the size of the Australian army and similar to the air force and navy, without the supporting infrastructure that these bodies have. It will be composed of young, generally poorly committed novices, learning as they go, conscripted for just six mistake filled months before being replaced by new recruits - their tour of duty terminating just as they might be starting to 'get it'.
And this is one of the core problems. There is nothing wrong with planting lots of trees, but it has to be carried out with science and sympathy because ecosystems are very complex and enormous damage can be done through otherwise well-intentioned restoration schemes.
And the challenge is huge - according to their Direct Action Plan, the Coalition aims to offset 15 million tonnes of emissions by 2020 through tree planting. To achieve this it has been estimated that an area of 25,000 square kilometres will be required, plus about 9,100 GL of water - two and a half times that proposed for the Murray Darling Basin Plan.
So it will not be a trained and disciplined army which will face these impossible challenges, and the collateral damage is likely to be severe. Biodiversity will be the big loser, but also water quality and farming may be impacted, and communities and local councils will be obliged to pick up the pieces. Most pertinently, the objective of sequestering enough carbon to meet the 2020 five per cent carbon reduction target simply cannot be meaningfully assisted by planting 20 million trees in this way, within this time frame.