It's time for the reef

Winning the fight for the GREAT BARRIER REEF will depend on our individual values when we head for the ballot box Saturday 31 January 2015 - prepoll available now. 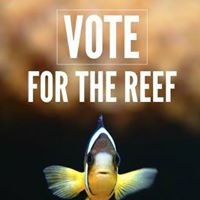 Protecting conserving enhancing understanding and educating about the values of the natural environment are values Logan and Albert Association LACA members share as core principles.

This 2015 election we believe it's time for the reef!

As the only living organism visible from space, and one of the wonders of the world, it should be valued forits own intrinsic values.

But in addition it provides a livlihood for people of our state. In so doing, the Reef raises 6 billion dollars annually for Queensland's economy and provides 60 000 long term jobs

….and is expected to further deteriorate in the future’

So without a voice at this election, the Reef is without a future!

Late last year, as the whole world listened, President Obama made a passionate plea to our government to protect the Reef.  Now it’s our turn.

At this election can you let the LNP government know what you think about their ‘wrong’ plan for the reef by sending them a clear message?

Earlier this year LACA hosted a Climate Action meeting at Springwood a public meeting to urge the Newman Government to reverse its ‘Alice in Blunderland’ approach to climate change action and Reef protection.