Where are our WILD KOALAS?

Where are our WILD KOALAS?

In order to draw greater public awareness to the plight of the wild koala a special day is being promoted amongst many wildlife rescue and care groups to celebrate Australia's national icon - the wild koala - one who lives in natural bushland areas, is able to move freely across his or her home range and if a young male move out to find a mate.

2017 is the second year only for this event with many wildlife rescue and care groups holding events and walks in bushland.

Wherever you are around the world you can participate in this event!

Koalas need much greater attention to have general public understand that koalas need trees to survive. 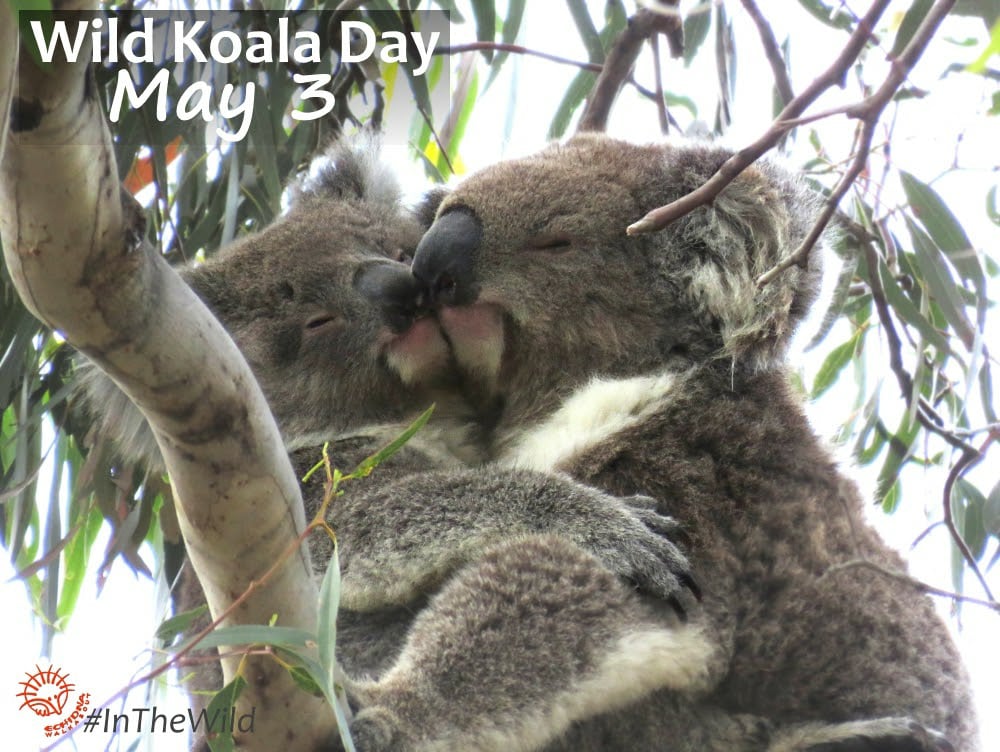 In addition to the specialized diet of gum leaves - with only a small number among the 700 species of eucalypt trees being eaten - the myth that they do not drink water is being challenged regularly as many photos are posted in online media showing koalas drinking from bottles, hoses, bowls, pools etc. It seems that the gum leaves may no longer provide enough moisture to allow digestion of the highly toxic gum leaves. Research has shown toxicity is increased by increased levels of carbon dioxide.

What trees to plant?

Tree species are broken down into primary food trees that offer the highest levels of nutrients and the lowest amounts of phenols and tannins. Primary food trees are usually found on rich, thick soils with a higher nutrient content and greater access to water via regular rainfall.  Secondary species are found in areas considered marginal, in that the soils are thin and/or are above rocky substrates with poor rainfall as well as lower levels of nutrients.

Within the South East region of Queensland, the koala food trees most preferred are as provided at this following link.

The koala (Phascolarctidae Cinereus), Queensland's faunal emblem is on the brink of extinction in many parts of its bushland habitat. In 2004 the koala was declared ‘regionally vulnerable’ in Queensland because habitat loss and fragmentation, motor vehicle strikes, dog attacks and disease saw a 30% decrease in the koala population in less than a decade.

“Whilst better mapping of habitat and monitoring is always helpful, to have this as the main recommended approaches is essentially throwing in the towel on proactively saving the koala in the wild.  The koala in Southeast Queensland deserves better than to become merely an attraction in zoos and reserves.

Actions to support Wild Koala Day #WildKoalaDay can include the following:

Phone a politician on Wild Koala Day and ask them to protect koalas.

Koala Clancy - a well known koala in the wild in Victoria - has gathered contacts and provides helpful hints on what to say. Use tips are provided to write and sample phone call script.

More in this category: LACA 25 years & still strong - we're celebrating »
back to top