A war with words - why it matters - price /tax 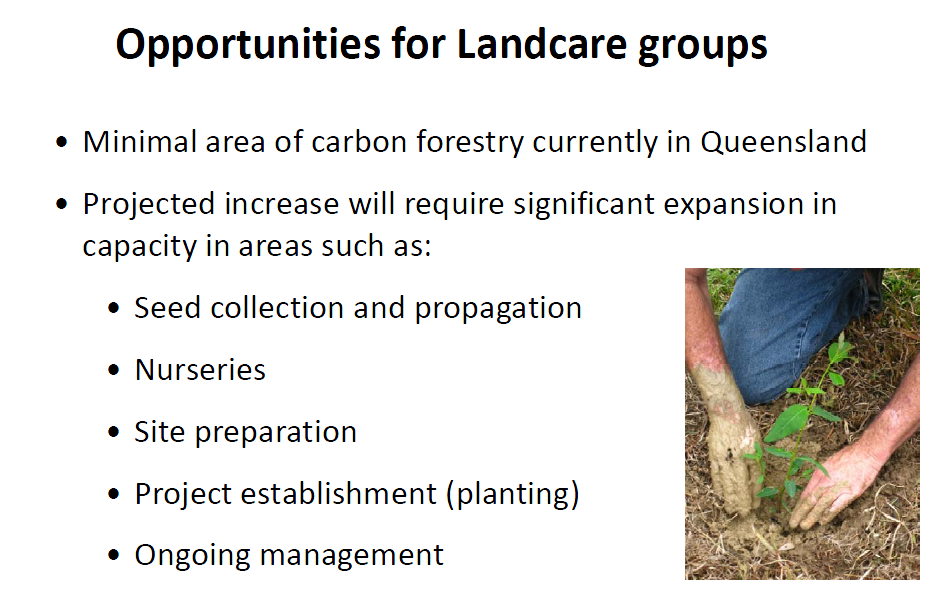 July 1 - Australia's first day of accounting for our carbon emissions - greenhouse gas emissions. Although this topic has been hotly denounced by some, it is in fact a positive step towards Australia's greener economy.

Carbon price scheme is not a tax: It is an emissions trading scheme with a fixed price for the first three years to enable industry and institutions to set up for the market stage. The level of emissions is set by government up front, and the market then responds.

How the carbon price will operate: In the Australian scheme, only the top 500 or so polluters (ie those emitting greater than 25000 tonnes of CO2) will pay the fixed price (starting in 2012 at $23 per tonne CO2 emissions.) Under the fixed price carbon policy, each large polluter must purchase one permit for every CO2 equivalent emitted. It will be able to purchase these permits from the government at a fixed price. This works like an emissions trading scheme, except the price is fixed by the government for three years to allow industry and business to 'tool up' before the market begins takes over determining the price. 50% of the amount paid by the major polluters will be directed towards compensating households for any small costs passed on.

Funding directly associated with the Carbon price:  In addition to compensating 9 out 10 households for any flow-on costs, the carbon price scheme will provide for the establishment of the Biodiversity Fund ($946 million), the Carbon Farming Futures (management practices $429 million) and the Carbon Farming Initiative (opportunities for farmers through carbon offsets), $10 billion in a new commercially-oriented Clean Energy Finance Corporation (CFEC) and a range of other support services and programs.

Aim of the carbon price: The carbon price scheme is aimed at putting downward pressure on fossil fuel use over time in our economy. Australia produces about 500 million tonnes of carbon pollution each year, making it one of the top polluters in the world per head of population. Currently, polluting is free. With the introduction of the carbon price scheme, industry must factor in the cost of carbon pollution in their business, just as they factor in materials and labour. The carbon price is actually a recognition of the need for industry and business to pay for 'externalities', where these affect the community and future generations.

The real question for each country, including Australia, is what is the appropriate policy to move the country into a world of new, non-carbon polluting technologies, and keep the country competitive in an environment in which all of our major trading partners are pricing carbon?

Australia's carbon price scheme not economy-wide: Australia's carbon price scheme is not an economy-wide one because household, small business, agriculture and land sector emissions are excluded, along with fuels used for household transport, light vehicle business, commercial fishing, agriculture and forestry. Furthermore, compensation for emissions-intensive trade-exposed industries means the effective initial price for them will only be between $1 and $8 per tonne CO2 emissions (like ALCOLA). Only around 60% of Australia's carbon emissions will be covered by the scheme.

As is the practice in the majority of the carbon pricing schemes operating overseas, the Australian scheme is strategically focused on selected high emissions areas of the economy while buffering or excluding other areas and providing subsidies and tax relief to neutralise any flow-on effects at the community level.

Impact on consumers: The CSIRO in its report into the impacts of the carbon price scheme in Australia, found that the proposed carbon price, starting at $23 per tonne, would only result in a miniscule increase in consumer prices of 0.6% in 2012/13, with a second impact of up to 0.1% in 2015/16, and that's assuming full cost pass through of the carbon price liability.

Even so, It must be remembered that the carbon price scheme provides low and middle income earners with cash compensations and a new $18,000 tax free threshold which are aimed at more than covering such small flow-ons.

Waste buried prior to 1 July 2012 will not need to be included. Emissions from waste buried after 1 July will be included but payment for emissions exceeding 25000 tonnes will not be required until February 2014. Therefore rates over the next twelve months at least should not be claimed to be increased due to the carbon price imposed on emissions from waste burial.  In the meantime, councils have a range of funding opportunities available through the scheme to, for instance, reduce their excessive emissions by using the methane to power electricity generation. This could potentially neutralise any carbon price flow-on costs they pay for electricity for street lighting, council offices, administration etc. While council circumstances vary, as a guide the Municipal Association of Victoria has estimated that the increase in rates due to the carbon price on councils' electricity, construction and waste emissions should be around 1.5%, or an increase of approximately $5 per quarter for the average household, of which waste emissions account for just over a third, or about $2 per quarter. Even so, waste emission costs should not be included in any council rates bill until 2014.  The government's compensation for carbon price flow-ons to consumers pays households around $120 over the same time to offset both this and the small increase in electricity bills due to flow-on from the carbon price  (for example around $30 per quarter on a $300 power bill).   For more information see government sites: AND here